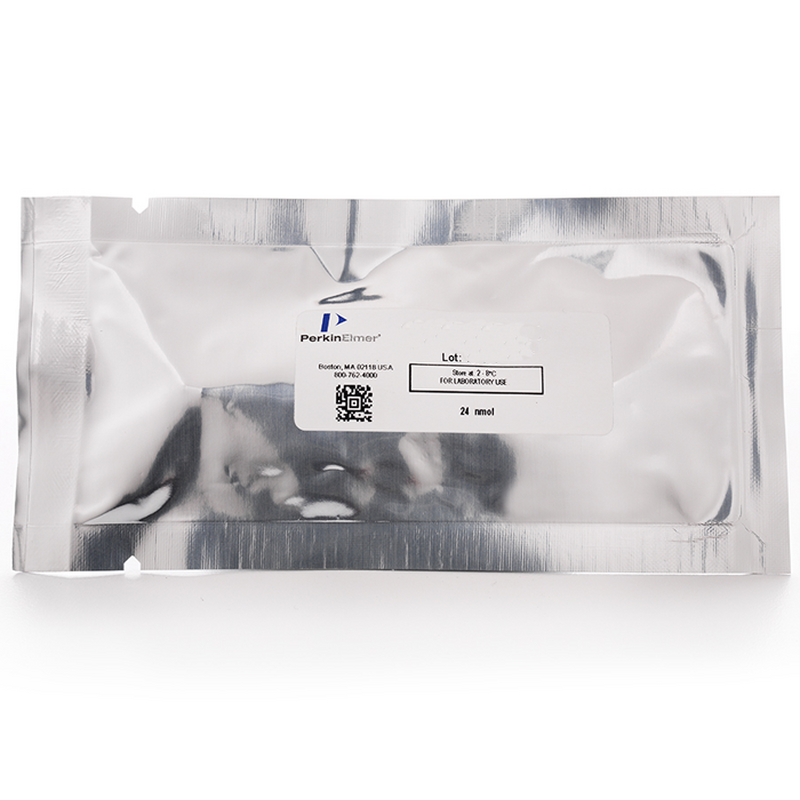 Proteases perform a fundamental role in protein regulation. Altered activity of lysosomal cathepsins, a class of protease, can indicate many disease-related processes, such as those involved in cancer, inflammation, arthritis, cardiovascular and many others. The ability to detect and quantify normal as well as altered protease cathepsin activity in vivo allows the progress and severity of these disease states to be tracked and interrogated over time. PerkinElmer’s ProSense® imaging agents are protease activatable NIR fluorescent probes that are optically silent in their intact state and become highly fluorescent following protease-mediated cleavage and activation. It is available in 3 formats; 680, 750 EX, and 750 FAST.

IVISense Pan Cathepsin 750 FAST is in Perkin Elmer’s family of “Smart” cathepsin probes, which become fluorescent only after enzymatic cleavage. It offers faster activation after injection; it can be imaged at earlier times for optimized work flow, or for applications such as acute inflammation models. 4-24h imaging at 750 nm.