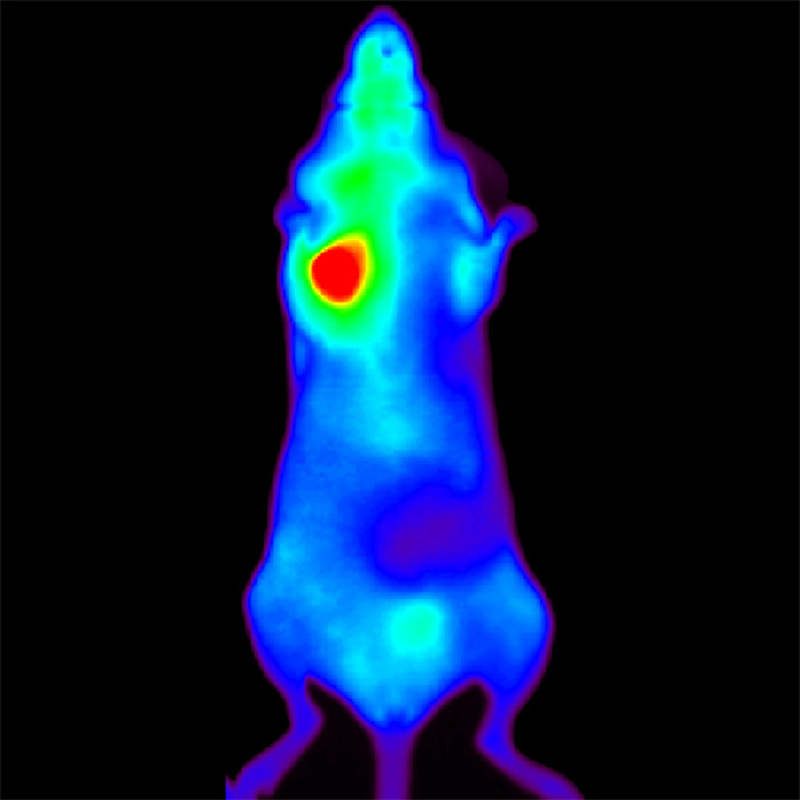 In vivo optical imaging of vascular changes and vascular leak is an emerging modality for studying altered physiology in a variety of different cancers and inflammatory states. In oncology, increases in tumor vascular permeability can be an early indicator of tumor angiogenesis. In inflammatory disease increased vascular permeability can indicate alterations in fluid homeostasis in an acute edema response or in chronic organ conditions.

IVISense Vascular 680 NIR fluorescent imaging probe is an in vivo blood pool vascular agent that remains localized in the vasculature for extended periods of time (0-4 hrs) enabling imaging of vascularity, perfusion, and vascular permeability at a wavelength of 680 nm. The probe accumulates in tumors and arthritic joints at 24 hrs. It can be used as a single probe or multiplexed with probes at other wavelengths.